Losing someone close to us is heartbreaking. But losing a baby is a different pain. This does not only apply to us, human beings, but to our dogs, too.

This is the story of a Chihuahua named Rosa. Rosa arrived at a rescue shelter, Secondhand Hounds, after losing her premature newborn babies. Not long after, the shelter received a call that there are five 2-week-old puppies in need of a mother. These puppies’ mother died after suffering from seizures.

The shelter personnel wasn’t sure if Rosa would take them in. But to everyone’s surprise, the moment Rosa heard the sounds of the crying pups, Rosa’s tail started wagging. She immediately welcomes the puppies. Rosa then cleaned them and snuggled with them.

The heartfelt “adoption” was posted on the shelter’s Facebook page. It can be seen from the look on Rosa’s face that she is indeed happy with her new litter. As for the puppies, well, they happily cuddled with their new mom. On the post, some were captured sucking milk, and some were captured sleeping.

According to the shelter’s founder and executive director, Rachel Mairose, Rosa and the pups were destined to be together. There are instances when some dog moms apparently reject puppies that weren’t their own. It is not the case for Rosa. She willingly accepted the pups like they were gifts.

As Rosa is from a commercial breeder, this will be her last time to be a mother. She will be spayed when the puppies were old enough to be adopted. The puppies will be handed over soon to suitable foster parents. Anyone can actually visit Secondhand Hounds’ website to check for available dogs for adoption.

This story clearly touched the hearts of many. Rosa and the puppies may have lost someone dear, but luck and love brought them together. They found love in their losses. 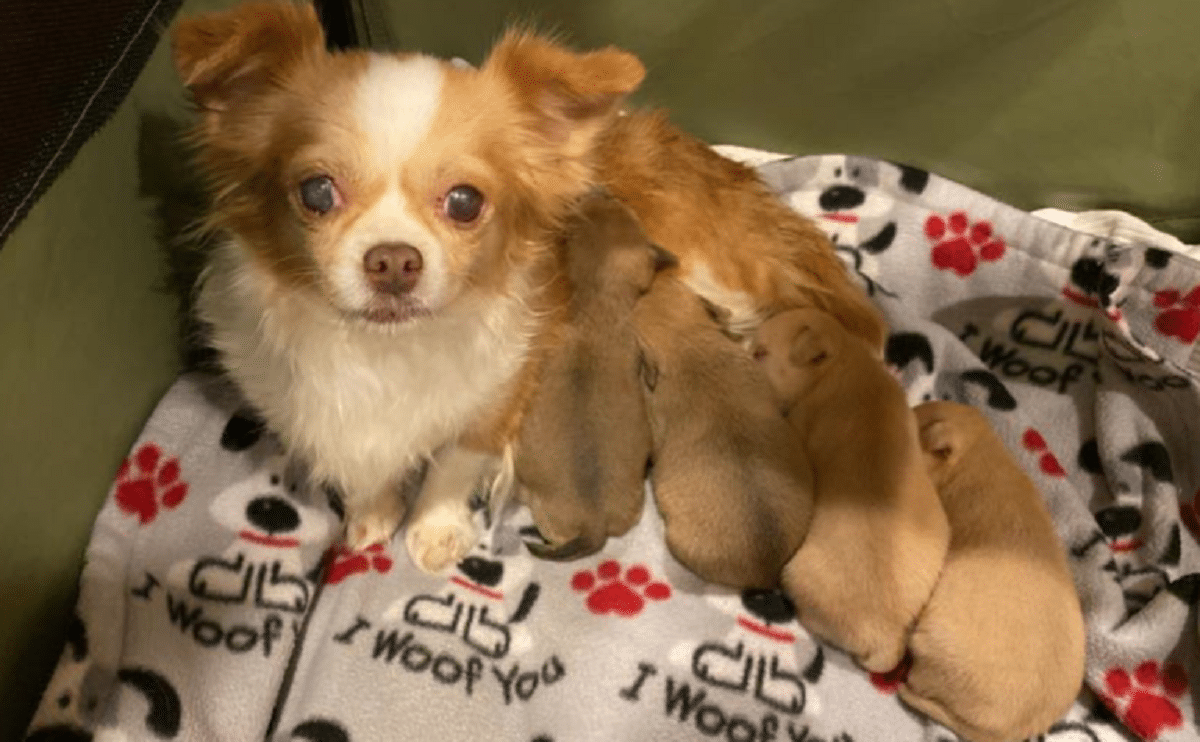 Martha is an avid blogger has an awesome Puppy that keeps her busy all the time in a good way :) . Love being outdoors with fresh air and in the park with the Puppy dog.

Our website is made possible by displaying online advertisements to our visitors. Please consider supporting us by disabling your ad blocker.